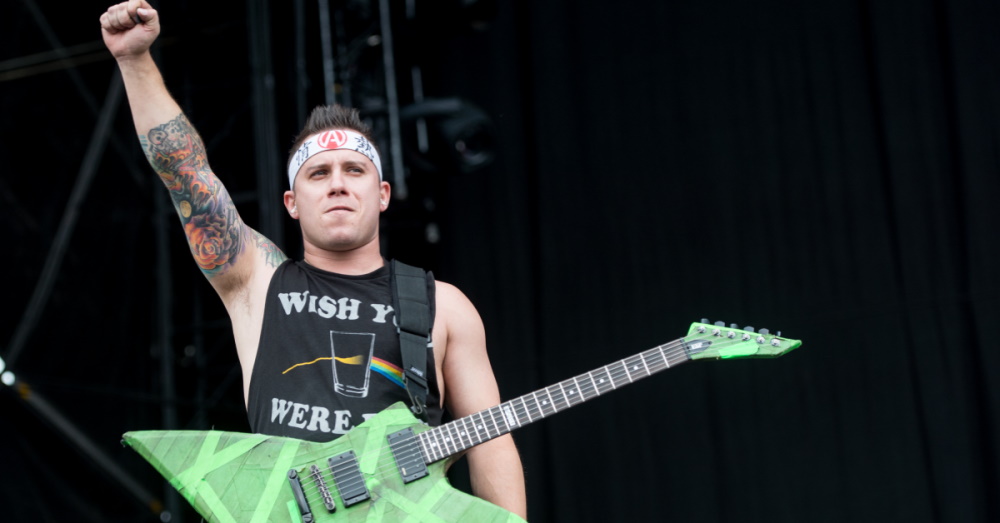 Metalcore godfathers Atreyu are hitting Australia for their first run of shows here since 2016, and their first Aussie headline tour since 2006 - we jumped on the phone with the band's founding guitarist Dan Jacobs to talk about past Australian tour memories, some of the crazy places Atreyu's music has popped up in and more! Scroll on for the full chat:

Hi Dan, thanks for your time today. We're super keen to have you guys back in the country!

Oh yeah man, we're also really excited. It's been a few years and we love playing out there!

I think my favourite moment was in 2005...I wanna say it was Melbourne that was probably the most memorable show in particular, just because it was where we did the thing where you play two shows - one for the underage crowd during the day and one for the older crowd at night, and I just remember playing for the underage crowd, it was sold out for our first time there. It was super packed and crazy, the show was insane!

When we got off stage, there were people just waiting out the back all over the place. We had to like, squeeze through to our van real quick, and as we were driving away everyone was clapping and chanting our name! We just felt like The Beatles or something, we'd never experienced something like that anywhere in the world before so that was pretty neat.

That would have been surreal! You guys performed some rarely-played songs during your last tour like 'Her Portrait In Black', 'Five Vicodin...' and 'Ain't Love Grand - can fans expect something similar this time or will it be a bit different?

Um...we'll dig a little bit here and there and pull some random stuff out, but for the most part we try to play stuff that on average people are going to want to hear. We've tried in the past we've tried to veer away from our most popular songs, you know, some people on social media are like "please play this random song off insert-whatever-older-album", and then we play it and it scares the hell out of everyone. And so it's like man, this is why we don't play these songs! (laughs).

There's certain songs people know, and once you start going down too far and getting into the real deep cuts, it can get a little bit weird for the crowd. So it's tough to pick those setlists, but we'll have a little bit of everything in there.

I read in an interview with Brandon (drums/vocals) and Alex (vocals) from a couple of years ago where they said that you were basically the one that sparked the band's reunion in 2014 - is that true?

Yeah, I mean I guess during our hiatus I was the one dude that was checking in on everybody and seeing where everyone's heads were at and I talked about moving forward again. I reached out probably three or four times over the course of those four years before eventually Brandon and Alex in particular decided to talk to each other and make some amends, you know, getting their heads into a place where they could move forward again. And then from there, it turned into all of us meeting up and we decided we wanted to do this and boom, we were on our way.

Were you still doing music or writing during that off-period?

Yeah we all were...I know Brandon in particular has his other band Hell or Highwater, and he writes music for a lot of other people for commercials and movies. Alex was doing a gym at the time, teaching muay thai/crossfit kinda stuff. Porter wasn't doing stuff in the music world, he was in the design world doing photography and design work for other bands. And then Travis was writing for people a little bit here and there like Brandon.

And myself, I was playing with a band called Angels Fall for a little bit...it was a very different style band to Atreyu. It was more like Staind or...Creed, almost Nickleback-y - something I normally wouldn't lean towards but the guy in the band had a really cool voice and the music was really good, so for whatever reason I couldn't get enough of it. So, I ended up playing in that band for one tour and then it kinda dissipated, so I just went my own way and ended up back in Atreyu again.

You've dedicated yourself to music for most of your adult life, so I'm curious what you'd be doing if you had never picked up a guitar?

Man that's hard to say, I mean, I do other things now outside of Atreyu that aren't directly playing music. I own a merchandising company called Rock World Merch as well as a print shop called The World's Greatest Print Shop, which kind of facilitates a lot of printing of the merch, as well as a fulfillment company that takes care of the fulfilment needs of the merch company and the print shop.

Then I have Pluginz keychain holders which are like little guitar amps that you mount on your wall...so yeah I dunno I guess I've always had an entrepreneurial mindset, so it would probably be music-related one way or another. I've always loved the entertainment world, especially the music side of it so everything I do even now outside of the band is related to music.

So Atreyu's music has been used in a bunch of different media over the years, like movies with Underworld Evolution and games with Burnout 3 - has there been any moment where you've heard your music being played somewhere that's just blown your mind?

Yeah, on our most recent album we have a song called 'The Time Is Now', and I don't know about over in Australia, but here in the States every major sports picked up the song and plays it at every single game. You can't go to a sports game in the past year and not hear 'The Time Is Now' at least once. It was being played at the Superbowl, it was being played at the Stanley Cup for hockey - one hockey team who are called the Blue Jackets not only were using the song but they made it the song that they come out to.

It's crazy man, watching the biggest sporting event in the country and sometimes even the world, and the guy gets a touchdown and your song starts playing. Even though it's only for like 5 seconds, we'll take those 5 seconds. [laughs]

How have the various shifts in the music industry affected you as a musician over the years?

I guess one of the main things is probably in the technology when it comes to recording and the equipment you use - that and of course social media, but I mean now there are things like amp profiler that makes the recording process a lot easier and faster and touring a lot more efficient. For example, we're doing an album right now with John Feldmann, and the process of working with him is extremely fast.

On our very first record, our demo back in the day, we were doing that on tape and it was still in that primitive time where you had to be like "oh this tape is running out of space, we'll have to get a new one soon". So, to go from doing that where you're using 3 amps and spending 3 or 4 hours to get a guitar tone for just one song - which is grueling - to just sitting down, plugging in and dialing something in real quick that sounds incredible, is huge.

It changed the writing process, it's a lot faster...if someone comes up with a riff or an idea and you can just sit down and start tracking all of it immediately, and with in an hour or less you already have a good chunk of song which is so fast. Productivity is way better now.

What are some of your favourite bands going right now?

Right now...I don't know, I don't really listen to a lot of new stuff...I'm a big fan of Volbeat, they always put out some cool stuff and don't sound like anybody else, which is refreshing. I've been listening to Rebelution, which is kind of a very West Coast style reggae...I don't know, they're really good and just kinda different. As far as heavier bands go, I guess I don't really listen to a lot of heavy stuff...these days I kind of lean in a more chill direction, which is nice to listen to when I'm not going nuts on stage.

I'd say absolutely...especially when you're growing up and first getting into it, you know, you're touring with every metal band there is - some of them are incredible, some of them are terrible and everything in between. So every single day you're just listening to these bands over and over again, and even if they're good they start to get tiring, and the ones that are bad you're just like "oh my gosh, I just don't want to listen to this anymore, it's just ruining it for me".

Too much of a good thing can become a bad thing, you know...sometimes I think that when you dive into this world of touring and stuff, you're on more than you're off. So when you're around this stuff all the time, you just start craving the opposite. 'Cause it's like man, if I'm eating steak every single night - and I love steak - but after a while I'll be like "damn, I want some sushi".

And it's not that I don't like it, but you can get that fatigue where you just want something else.

Is there anything else you'd like to tell your Australian fans before we let you go?

We're so excited to see you all again and so appreciative of all the years of support. There are some of the most energetic, passionate fans in the world over there. Aside from California, Australia's the one place that feels like home, so we're super excited! 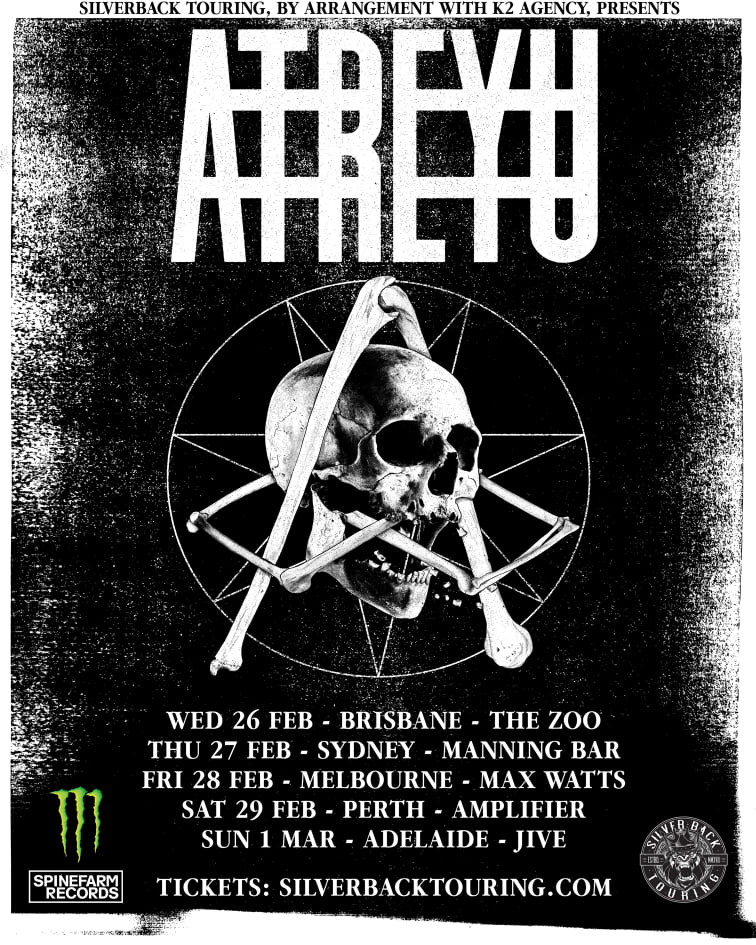 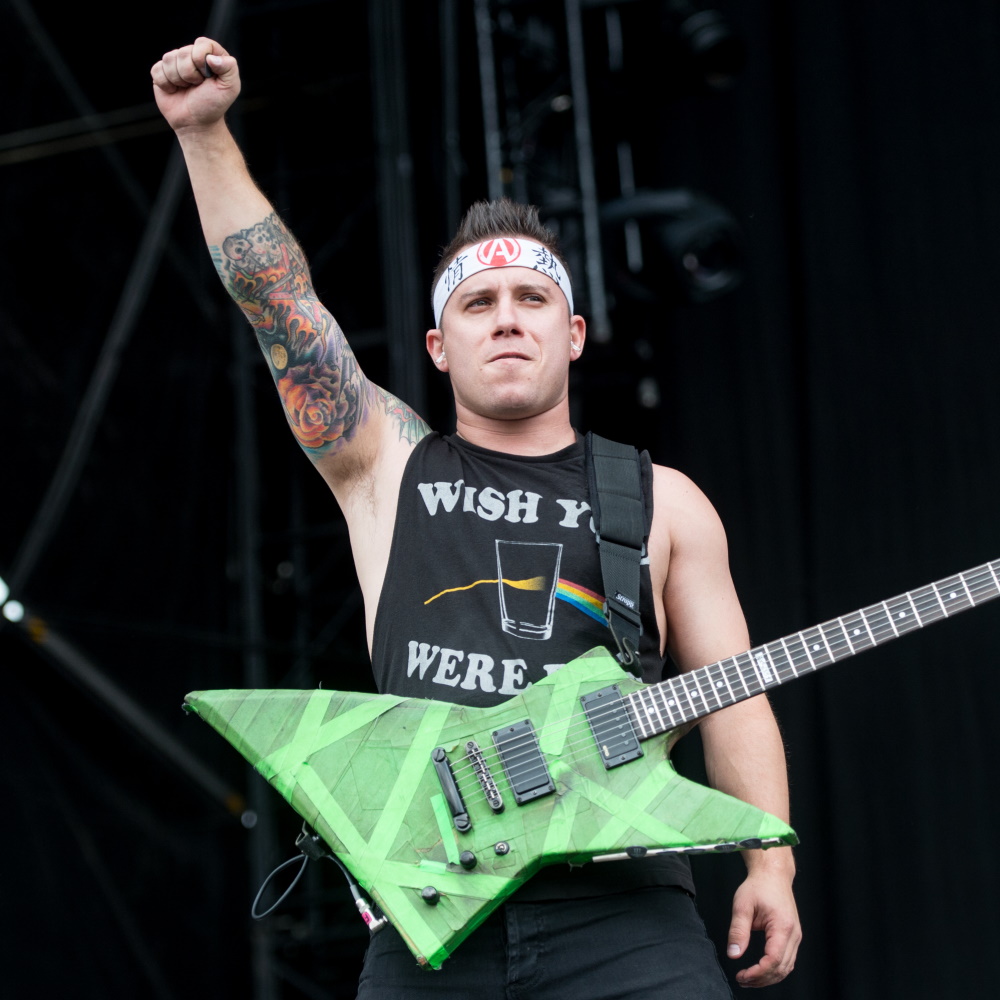