Lazy-loading is not enabled. The filter configuration needs to be enabled for either of the IMG or IFRAME tags. 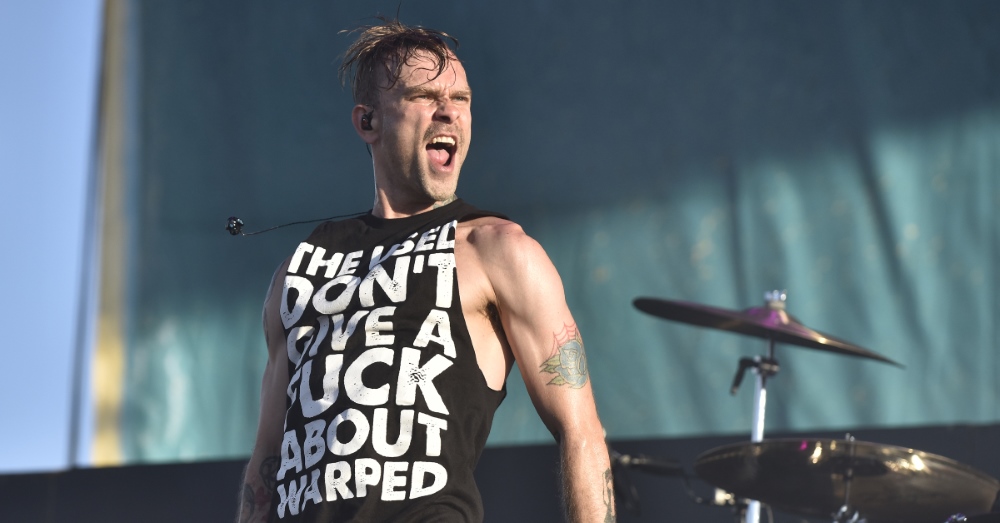 Emo/post-hardcore stalwarts The Used are still kicking on strong in 2020 - in fact, they've got their eighth record Heartwork coming out on April 24, so of course we jumped at the chance to chat with the band's frontman Bert McCracken about the process behind writing and recording the new body of work!

Scroll on for Higgo's full interview with the man himself:

Hey Bert, thanks for taking the time to chat - how you doing today?

Good thanks man, keeping my hands clean, keepin' them off my face. Still surprising that Australian schools are open, but keepin' it locked down and enjoying the dad time at home.

Nice one. Hey congrats on the new album, Heartwork! I had a listen to it this morning, 16 tracks is more than what most bands would be putting out on an album these days, and obviously they’re a bit shorter, but was there a reason for a complete work? Was it a story arc, a theme?

Once we had the session kinda complete, it made sense which songs would stay and which wouldn’t... they’re really shorter songs, they’re kinda quick and to the point, for all the Twitter fans afflicted with a short attention span, this is right up your alley. (laughs)

I noticed a story online in the last few days, that Bill Steer from Carcass was asked his opinion on The Used calling the album Heartwork, because Carcass has an album by the same name back in 1993, and if you haven’t seen the story, in short, he basically said ‘I don’t give a shit’.

(laughs) Oh man that’s great, well we’re all huge fans of Carcass aren’t we. I mean I haven’t seen the article yet, but if they’re not upset, then that brings a huge smile to my face. There’s actually quite a few records called Heartwork, but I mean, art being art, we did have a record called Artwork and this is very polar opposite to where the feelings lie in Artwork so we thought it was very appropriate but yeah that’s great news they’re not upset about that.

Well I think people are just looking for ‘beef’, it was 27 years ago, so who would really care?

(laughs) People love a bit of drama, the algorithms show that.

They sure do. Getting into the album, 'Bloody Nose' was a song that stood out for me, and I wanted to know some more about it before dissecting the rest.

Nice, yeah I’ve heard people mention that one quite a bit when people are picking their top faves. I think that song, being a record that’s quite diverse in sounds, tempos and feels and colours, I think that this one had a very powerful underlying message that’s always been around with The Used, like how we deal with trouble, it’s how we deal with heartache, how we get knocked down, and what we do when we get back up.

I think that message is a timeless message, but also on a record that’s so produced that has so many styles of production, this song in particular sounds like it’s just you standing in front of the speakers and us playing it live. It’s just really kind of bare bones The Used live material. It’s really exciting to go all over the place on this record. But yeah, it’s one of my favourites too, it’s such a powerful jam, it’s gonna be such a fun one to play live.

You mentioned the different sounds and production styles on this album, and they stand out - was it a conscious thing to do, or did it come about organically, where you guys would start on something and say "this sounds good, let’s keep going in this direction"?

Yeah everything was really relaxed in the conceptualisation. The process was really… almost like, friends who were really excited to hang out, and then what we ended up doing was making a song a day.

Working with (John) Feldmann (producer) again was just kinda like a refreshing blast from the past. We'd laugh like little kids and drank way too much coffee, and we sincerely had a good time making the record, so we’re a lot more apt to mess around in the studio and kind of experiment with different things and different sounds and give yourself a little bit more time to play around with the song.

It’s hard to work when you’re in a bad mood, hard to be creative when you’re grumpy. Although it does work for different types of experiences and moments and sometimes those are the moods that capture some powerful stuff, but, I think that when you’re talking about production, it helps to have an open mind and really be up for anything. I think that really helps.

It should be fun, it’s the greatest job in the world, it shouldn’t be anything but fun!

I know it’s crazy, It’s 100 percent crazy that bands would ever think that this part of it was ‘work’. I mean the only part of it that is ‘work’ is being away from loved ones with travel, but we’re lucky we’re able to travel, we’re lucky to be able to sit in a studio and create with our friends, so that feels like being a little kid to me. So yeah, we’re very fortunate to be able to do that 20 years later.

That’s cool, and with that in mind, Cathedral Bell was a song I didn’t expect to hear but is super catchy.

Right! Yeah I was introduced to music through this kind of pop lens, my family is very conservative and religious growing up, but they still let me to 80’s pop, so I was exposed very young to Mariah Carey, Michael Jackson, Janet Jackson, all sorts of really amazing pop music. I mean, you can still kinda lean on those songs... Whitney Houston, some of the greatest songs ever written... so yeah my musical background comes from this urgency to feel a song and to have it stuck in my head.

I’m always looking for that next catchy melody, so to play around with some of the more poppy parts of production was a lot easier and more fun for me than it was for the other guys, but there’s moments for everybody where the idea of kinda saying yes to everything, we definitely put ourselves to the test (laughs). Clean Cut Heels is one of my favourite Used songs of all time, but there’s a few people in the band who like a little less poppy sound than that (laughs).

Well something you mentioned there, and is undeniable throughout the album is the strength of melody, and sometimes that art of melody can be lost or secondary when it comes to the heavier side of things. Then you have songs like The Lottery - I loved how it went all over the shop. The heavier parts, the quieter parts, it’s great.

I really appreciate that man, we wanted to dig deeper... we used to have some heavy stuff, but we wanted to take this record to the extreme, make the poppiest [sic] songs we’ve ever made, the heaviest songs, tryin' to kinda fill that gap in between and still have it sound like a modern sounding production would. You know, I think this record has sounds and feels and little loops and beats that are… you know you’d hear it all over the top 40 records which is pretty cool for me to hear in modern production. There’s so many cool things going on that are exciting.

When Blow Me was released I started playing that, a really cool collaboration with Jason Butler (Fever 333) but there are others on this record, Travis and Mark (Blink 182) Caleb (Beartooth). Were they always planned to happen?

Yeah everything kinda happened, really naturally, luckily (John) Feldmann worked with Blink-182 for the past 5 or 6 years now so those guys are always around the studio, we’ve known them for a while. We’ve done tours of Canada and toured with Blink forever back in the day and did stuff with Boxcar Racer, so we’ve known Mark and Travis for like 18 years and they’re some of the most down to earth guys.

We wanted to feature just the most coolest and friendly musicians we know but also people that... ya know, Jason has one of the greatest presence, not just stage presence, but he’s such a gentleman and such an honest individual so it’s pretty wild to meet people like that. So to be able to work with people like that and feature them on our art is incredible.

Caleb (Beartooth) is the same way, so driven. We reached out to him with the idea, and he was really into the concept. I wrote the basic idea around the short story of the English short story, The Lottery, and if you haven’t read it, it’s fantastic. It’s a really cool metaphorical advice for a lot of things that are going on right now, not just religion and traditional beliefs, but I think social media, and I think a lot of the way the world has turned in the last 15 years.

So yeah he (Caleb) devoured it, he recorded it in a night, I think before a Beartooth show in New York City, and then sent it to us that night.

Oh man it really does sound that way, and you sound really proud of the album which is out on the 24th of next month (April). The only problem we face now is the way for touring!

That’s it! The good thing is, you won’t ever be able to stop live music, but you will be able to stop the spread of this virus at some point, and we’ll get it under control. Even if the world doesn’t go back to the way it was, live music will come back even better, people will be so excited to get back into venues and it’ll be a huge celebration in the comeback. So if all hope seems lost, just remember to look forward to the next time you get to see The Used play which will hopefully be sooner than later.

That’s a great way to wrap it up, mate thanks so much for your time today!

I’m so glad you’re in a great space, and happy to hear new stuff from The Used, thanks again.

Thank you I really appreciate it, stay safe.

Listen to The Used now. 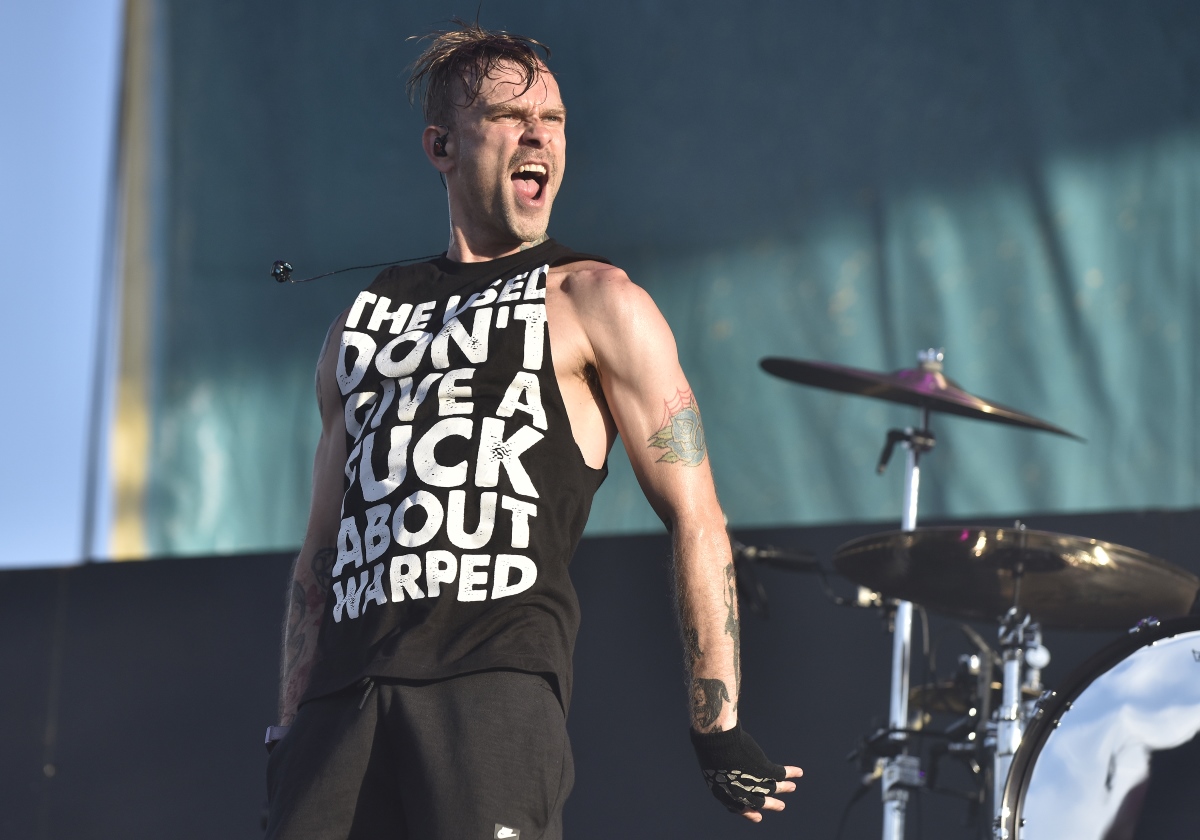