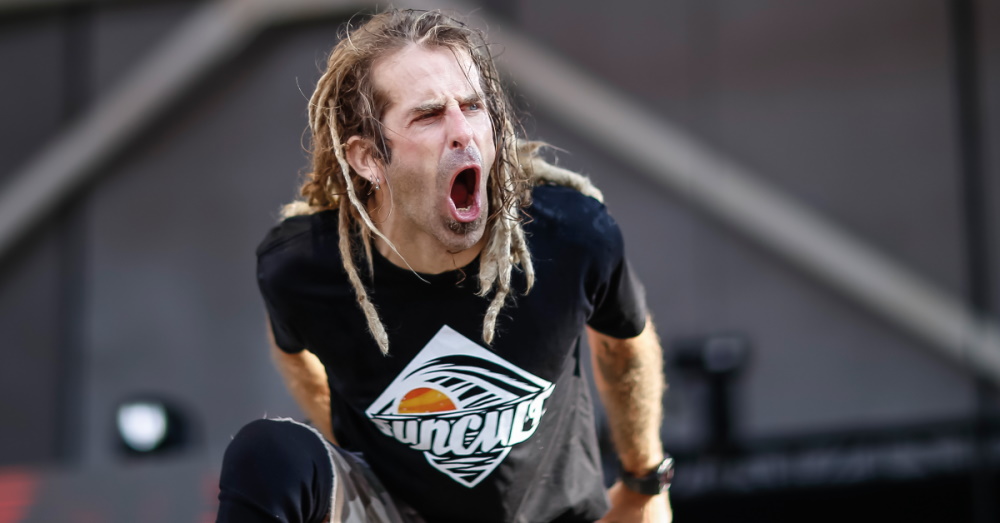 With fresh blood in their lineup and a re-invigorated step in their stride, Lamb Of God are set to make their return on June 19 with their new self-titled album, marking it their first in four years since 2016's VII: Sturm And Drang.

We were lucky enough to catch up with vocalist Randy Blythe to get his take on the the chaos unfolding throughout 2020, the what he has planned in the absence of touring and more! Read on for the full interview:

Hey Randy, how are you man?

I'm alright, how are you?

Yeah good, just still trying to make sense of everything happening this year.

Good fuckin' luck with that!

I know - viruses, lockdowns and now civil unrest across the US, it almost seems like a perfect time for a new Lamb Of God record to be dropping...

Yeah...(laughs), I guess it is. I would rather us have calmer times to tell you the truth, at the expense of the perfect time for a new Lamb Of God record, but it is what it is.

Before we talk about the record, you're obviously a pretty politically-outspoken person so I'm curious to get your thoughts on what's happening over there right now.

Well I mean it's pretty self-evident with what's happening - a man was killed in Minneapolis with an egregious abuse of power and the African-American community have had enough, particularly the youth.

I've gone out to the marches and documented them as a photographer, showing support. But honestly, what's really happening right now I'm not so much interested in as to what's going to happen in the future when everyone's emotions calm down a little bit. That's when we'll see if there's some sort of systemic change across the board.

In history there's always boiling points people reach, where tension spills over, and we're in one now. So we have to look at what happens afterward to see if there's any enduring change. People aren't pissed for no reason, you know. There's a long history - 400 year history - starting with Jim Crow and the Civil Rights Movement.

As someone who has been involved with protesting in the past, what advice would you give to people who want to make a stand on what they feel passionate about, but might not know where to start?

Just show up, I guess! Ask questions, and raise your voice but try and do it in a peaceful manner. I think it's important that if something is being protested and it's ethically legitimate, then you need to look at the people who organised it and see how they're doing things without bringing your idea of how things should be done to the table.

It's like when I went to Standing Rock in North Dakota, it was a 100% peaceful, non-violent protest organised by Native Americans, and the Elders were really in charge there. The whole way they did things was with respect to the Elders' wishes. So when I showed up (to the protests) I just listened.

If people are upset enough about something to start protesting, and you want to show up to support them, then you should ask questions and listen to their answers, rather than just show up and start screaming and yelling.

For fans who are waiting to hear the rest of this new record coming out, how would you compare it to your previous album Sturm And Drang?

Um, I wouldn't (laughs), because I don't compare our records and I don't listen to our records. For me, overall though, this record feels like it has been the easiest record we've ever made, because we've all learned to work with each other and account for each other's place in the band, rather than our individual roles.

I hear that in when the guitarists give me space when they're working on stuff, and I hear that in myself trying to really respect the way they're doing things. It was just super collaborative and, I don't know...super relaxed in a weird way, as much as a Lamb Of God record is - which isn't very, to tell you the truth - but this time it was.

I read in a recent interview you did where you said you normally don't enjoy the process of making a record.

No, I didn't say normally, I said I never enjoy making any of these records.

Right, so after 25 years and 10 albums, do you feel like you're on a bit of a hamster wheel with writing, recording, press and touring? How do you keep it fresh for yourself?

Yeah for sure. Right now feels like a bit of a hamster wheel since the album got delayed, and I've been doing press for this record longer and longer and longer, and I'm running out of things to fucking say, because I've said just about everything I can already.

But touring? No. Touring does not feel like the hamster wheel, once I'm out on tour. We took a lot of time between records on this one, and I think it's a good thing, you know. It allowed us more space from the previous album and gave us time to step away from that and not be in the same headspace as we were when we wrote that, and it sounds different.

So yeah, all of the writing and recording and press and all that, yeah that feels like hamster wheel stuff. But I just really like the touring. It gets exhausting after a while, but right now nobody's touring anyway! I really miss it. I'd give a good amount to get out on the road and play in front of some people.

But I can't really complain, because I'm in a better place than a lot of people are. I still have a job, you know. I haven't lost my home or anything, and a lot of people are suffering because of the economic fallout of this coronavirus pandemic. So, I'm not bitching and complaining, I'm just saying it would be fun to be on tour right now.

Well with Lamb Of God's huge run of US shows later this year with Megadeth, Trivium and In Flames postponed to 2021, do you have any new musical plans for the rest of 2020?

Sure! Not with Lamb Of God, but yeah, I've already demoed a new Saudade song, I've gotta go record that in upstate New York hopefully later this summer. And I've been working on this side project with some friends of mine called Over It All and I've been wanting to kick back and work on some weird electronic stuff on my own.

Really, what I want to be doing is writing more. Not making music, but writing, because I've just done a whole album and I've got a few other projects in the mix. So I think maybe it could get frustrating constantly working on new music and not being able to hit the road (laughs). You can still put out a book or a magazine article and people will read that though.

Before I let you go - and I know it's impossible to say right now - but is Australia on the list of places to hit during this album's tour cycle? I think next year will make it 5 years since your last visit!

Of course it is, what are you fuckin' crazy?! We love Australia! Sometimes when we're touring and shit and people are bringing up tours it's like "ahhh, why can't we just go to Australia..." (laughs), for real.

I love going to Australia and I love going to Japan. You'll hear those two names come up a lot when bands talk about touring, at least from over here. It's like, "where do you wanna go man?" and it's like "Australia's sick. Japan's sick.".

So yeah dude for sure, for sure Australia's on the list. It's one of my favourite places on the planet - I got sober in Australia and I have a lot of good friends there and always have a nice time. Beautiful people, beautiful country.

Hopefully things will get back to normal soon so we can have you out here! Thanks for your time Randy, stay safe!

Yeah bro, you too! 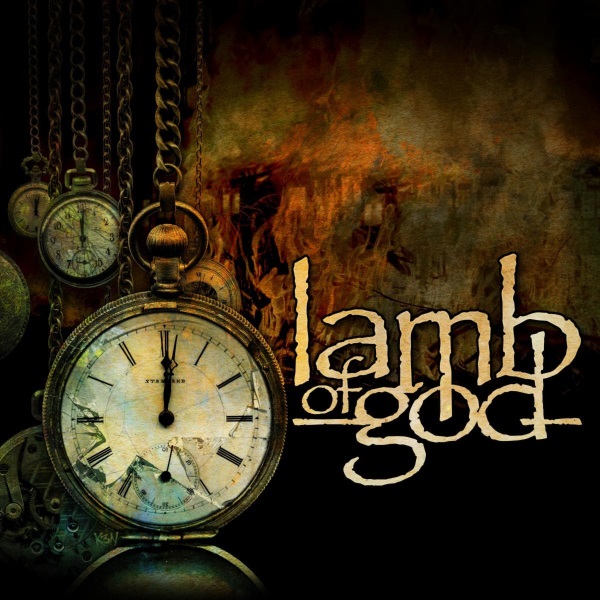 Listen to Lamb Of God now. 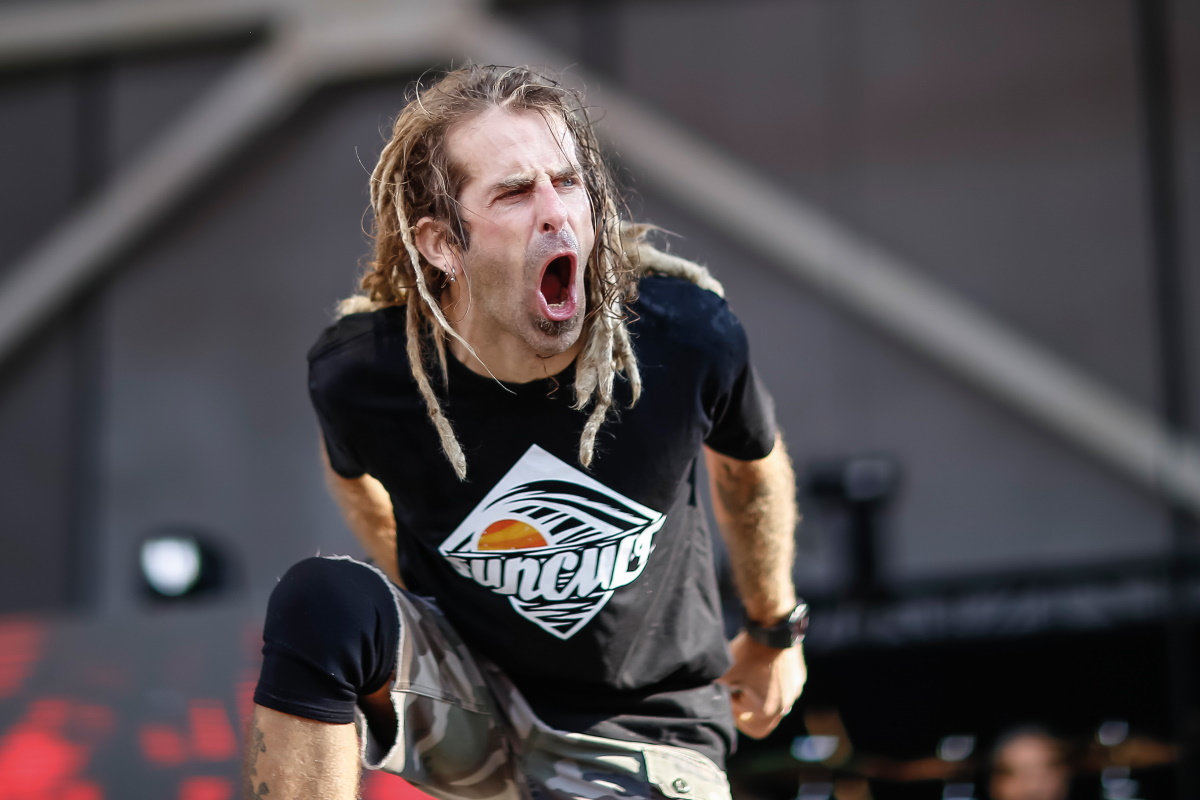