There's a lot happening in Fever 333's camp right now, and a lot happening in the US too - their new EP called WRONG GENERATION is out on October 23, which was written after 13 days of protesting by frontman Jason Aalon Butler following the death of George Floyd in May/June.

Fever will also be performing some visceral livestream demonstration shows at the end of October, so it was the perfect time to jump on the phone with Jason himself to talk to us about his mindset going into this next chapter for the band!

Read the full interview below:

There's so much variety on WRONG GENERATION. When you're writing these songs, are you actively going for a cross-section of genre, or is that just how it naturally comes out?

You know man, honestly, I don't wanna sound like "oh, it just writes itself", but it really just comes out that way. Sometimes I hear a hip hop leaning song and say "I wanna write a song like that", and then there's a moment when I'm skateboarding and I hear an old skate punk song in my head and want to do something with that.

It just happens - I never think about how many hip hop songs are on an album or EP versus how many rock songs. I never ever consider that, and with this EP I think it makes it pretty apparent that hybridise it pretty naturally. I think it's because I grew up steeped in those cultures, that's what I love, truly.

There would have been a lot of thoughts swimming through your head at the end of your 13-day protest. Was it hard to condense them all down into just eight tracks?

Nah I just wrote. Whatever came to my head that day...'cause writing was an eight day process, so I just wrote, and each day I made a point to start and finish writing lyrics, writing songs and finishing them all in one day. So it wasn't too deeply cerebral, it was more just like "I've gotta write and finish this today, and whatever comes out is what's supposed to be said".

That part wasn't so hard, it was more the eviscerating of the feelings and almost remembering those moments that, now that I look back on them, were a bit traumatic. That was a bit more difficult than the creation of the songs themselves.

Are the tracks on WRONG GENERATION presented in the order you wrote them? Because 'Bite Back' as the opener is just a huge, really pissed off song...

So that was my mindset while I was writing that song - that I needed to say exactly what I think and feel, and show it in a way that can be used...I guess positively toward what we want and how we want to get it.

If we're pissed off, let's use that shit! Let's just be okay with that. So that was the first song I wrote after feeling that and starting to purge myself of these feelings that I was having.

So then on the other end of the sonic spectrum as a piano ballad, can you tell us a little bit about the song 'Last Time' that shows up towards the end?

Yeah so that song is just about how many times we've been reliant on simply the words of those in power, or those that are supposed to put us at ease with everything that we experience. The trauma that is literally ingrained in a lot of our bloodlines after generations of mistreatment, pain and plunder.

It's just being told that it's okay or we're going to change it is no longer enough for me or anybody who has these feelings of societal or systemic affliction. It's not enough anymore. So for me, just eviscerating the sort of bullshit nature of telling us "you're gonna change" - I don't give a fuck about saying it, I need action.

I think a lot of people are tricked into believing that their service or their piece of this larger puzzle...that the only way they can do this service that they've been employed to do is to behave poorly. Namely speaking about law enforcement - and there's a moment in that song where I'm talking about that.

I think we've extracted the idea of 'citizens of humanity' from authoritative systems, and now we've dehumanised people and animalised. So yeah, the idea of being told things will change doesn't do shit for me anymore. I need to see things being put into place now.

Music has historically been a key driver of protest and revolution for centuries - what do you think it is about music that makes it so powerful and necessary during times like these?

I think it's one of the most visceral languages. Music is a lot like love; you can interact with somebody without knowing their native tongue. You can share things, and there's a feeling that's evoked and a sense of connection that's been created and nurtured through art because it's so universal.

There's something so beautiful and visceral about it, so I do believe that when we find ourselves in these positions we do come into a more raw state, a state that is a little bit more primitive in a way where we're just acting on how we feel and this intuitive notion on what we deserve or what we want in order to feel better.

You know, music has always precipitated mostly all renaissance periods. Everything from political, intellectual, romantic, sexual...I think it just has this inherent relationship that is intrinsic to a movement, and I think it's because one person can create something and then share it with everybody, and it just has much more potential to be understood because of those universal qualities.

So about your livestream demonstration shows coming up - thank you so much for including Australia in your performance schedule, it'll be nice not having to wake up at the crack of dawn to catch it!

Is it difficult to get into the same headspace when you're performing without having a physical crowd in front of you to feed off?

So what I do is I enter another headspace much like I do when I write the music where it's me and one or two other people, or just me. And when I enter that headspace I become as vulnerable but also as accepting as I can in creating these songs, and so when we do these livestreams like the one we did in June, I try to enter a headspace that is very similar to that, but also understanding that there are people watching.

Luckily we now have something involved with this new audio technology that actually allows us to have almost zero latency, and I'm trying to create a 'front row' where we can engage and interact with the viewers, and we have a meet and greet where we can actually engage with the viewers before the demonstrations.

We're also gonna be having special guests in real-time - like, I just reached out to one of my friends in Australia who is an artist to be a part of that demonstration to make it as familiar and live as possible, and we have the technology to do that now, so that will help as well.

Is it the same visual setup from the last livestream with the LED screens surrounding you? That was rad.

Yep, same setup. We've got a bigger room now, more visuals and a little bit of cool 3D tech that we're using, so yeah we're just really just trying to make this thing as special and familiar to the demos. We're doing our best to make this feel as live as possible, hence making sure that we play to your time zone. So I'll be playing at like 2AM for y'all to come watch in Australia.

Things are obviously still crazy in the US right now with election season on top of it all - are you constantly writing new songs as things unfold around you? Do you have more songs in the pipeline?

Yeah man, writing for me is just a way that I'm able to have a discussion with myself, and also to sort of quell and curb a lot of my anxieties and frustration. It's really my own therapy with myself outside of speaking with a therapist, and so I'm always writing songs.

I have about 50 songs ready for the full length, and I'm gonna be breaking those down as soon as the livestream is over...I'm gonna start working on putting the LP together. Like, it's done, I just need to put it together now.

Thanks for your time Jason, keep fighting that good fight and hopefully we'll be able to catch you back here sooner rather than later!

Thanks so much man, take care of yourself!

Fever 333's Australian livestream will go down at 7PM AEDT on October 27 - you can grab your tickets for that here! 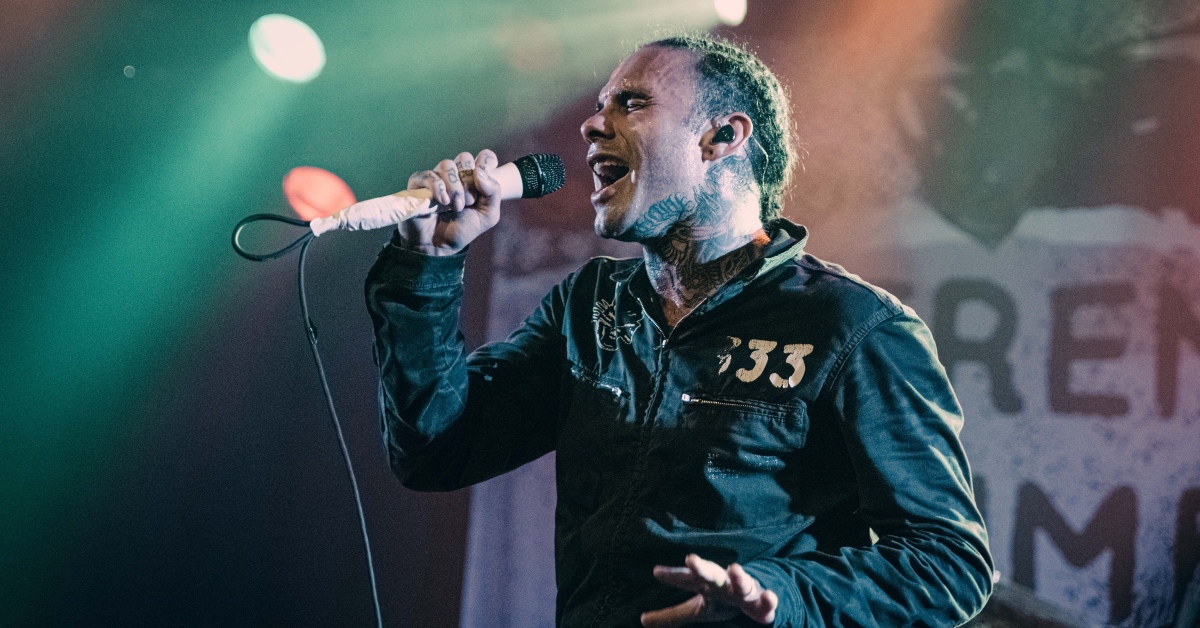