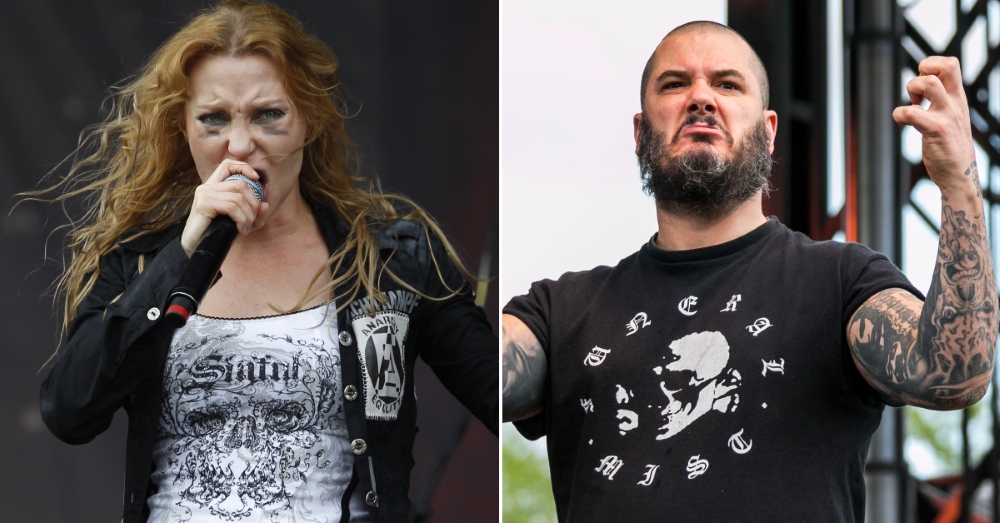 Some of you might have already been deep into the fitness game before this virus hit, while others might be using their excess free time to take the plunge. And hey, some of you might not be all that keen on weightlifting or intense cardio either, and that's cool too!

We know that everyone has different goals and methods of getting fit, but for this edition we'll be taking a look at 20 crushing jams to spin while you're lifting weights. We'll have another separate piece for cardio (running, bike riding etc.), so rest assured - we haven't forgotten about you!

Adequate stretching, nutrition, hydration and sleep obviously play a huge part in your fitness, but there's nothing better than blaring the perfect heavy music to help get you in the mood to push yourself to your limits. Here we go!

With lyrics that literally say "Repeat the cycle, become a machine", this hard-hitting number from one of hardcore's heaviest bands will have you hitting those reps you didn't even know you had in you.

Also, vocalist James Pligge has one of the biggest rigs in all of heavy music (seriously, check the video below), which will be inspiration on its own!

Arguably one of Hatebreed's most well-known songs, this one is packed full of Jamey Jasta's signature vocals dedicated to finding inner strength. Hearing "Now is the time for me to rise to my feet / wipe the spit from my face / wipe the tears from my eyes" is a huge morale boost mid-lift.

Alternatively, you could go with the band's 'Destroy Everything' for a more aggressive approach.

It wouldn't be a workout list without including Pantera! You could throw on almost anything in their discography to be the soundtrack to your routine ('5 Minutes Alone' is also great), but we went with the classic 'Walk' for its pounding rhythm and themes of standing your ground.

The Aussie legends in Thy Art Is Murder have built up a crushing catalogue of death metal over the years, but we've chosen 'Puppet Master' from their 2017 record Dear Desolation for its relentless assault from start to finish.

The world's strongest man (at the time), The Mountain from Game Of Thrones, has been seen lifting record weights to this song, so if it's good for him it's good for us!

We're going to go out on a limb here and say that Slayer are the heaviest of the "big four" thrash bands, making them a fantastic addition to a workout playlist.

Of course, the question is then: which song to choose? 'Raining Blood', 'Angel of Death' and 'South of Heaven' are all very valid choices, but we think 'Disciple' showcases Slayer's ferocity at its peak.

If you haven't familarised yourself with Jinjer yet, we'd better fix that up quick for you! The Ukrainian four-piece do a stellar job of delivering metal that manages to explore very diverse territory while still remaining really heavy, and this killer track is from their latest album Macro.

Tatiana Shmaylyuk's vocals alone will fire you up to get those sets done!

If you love your thrash riffs but you need something new, you absolutely cannot go past Texan band Power Trip. Their style rings true to the classic 80s and 90s thrash era while infusing a modern hardcore vibe into the mix.

'Executioner's Tax (Swing of the Axe)' is probably their most well-known song, and its simple but fist-pumping energy is perfect for getting your sweat on!

This is a great one for especially heavy weights, when you need all the mental strength you can get.

Turn your body into a factory with this essential industrial metal tune from Static-X.

Everything about it from the disco-like rhythm to the lyrics of "Explosive / More violent, more violent / All consuming", and of course, the chorus which repeatedly yells at you to "push it" is perfect for repeatedly lifting until your muscles can't take it anymore.

There are a few Parkway Drive tracks that could take the spot on this list, but 'Dead Man's Chest' hits like a truck with really thick, meaty chugs from guitars tuned lower than normal for Parkway.

It's dark, it's heavy, and it's a great lifting companion. And look, the breakdown at the end is no 'Boneyards', but it's damn close...

Thought we'd throw in a little Arch Enemy from 2005 with 'Nemesis'. It's just straight balls-to-the-wall metal, which really is what you want when you need a little energy boost.

Angela Gossow also sounds downright satanic, and it's so sick.

Cannibal Corpse may not be for everyone, but we'll be damned if 'Hammer Smashed Face' doesn't have a crazy amount of raw energy to tap into for your lifting needs!

An invigorating blend of hammering drums, caustic riffs and evil gutturals from one of the finest death metal bands ever. What's not to love?

We know, there are heaps of Gojira tracks to work out to, but 'Toxic Garbage Island' is just too good to pass on. It's got that technical Gojira flair we know and love, but it's also some of the most furious work in their catalogue, with Joe Duplantier's gut-wrenching screams stirring up something dark inside.

'Demolisher' is only a couple of weeks old, but we've hailed it as one of the heaviest songs of 2020 so far, with world-ending breakdowns, inhuman vocals from Alex Terrible and disgusting deathcore passages which induce a semi-permanent stank face on the listener.

If this one doesn't get you amped to go all out, not much else will.

Meshuggah's 'Bleed' is technical, heavy and tribal at heart, and it also happens to be a great song to lift weights to. You could easily substitute this in with 'Future Breed Machine' or 'New Millenium Cyanide Christ', so if you're after a more up-tempo affair, you'll do well with those tracks too.

One of Mastodon's older tracks, and also one of their heaviest.

In a similar vein to Static-X, the pumping industrial vibes of Rammstein are perfect for pumping iron of your own. 'Du Hast' has the perfect mid-tempo feel and repetition to be an almost-perfect musical lifting buddy.

If your goal is to get huge, then Amon Amarth can help make you feel like a badass getting there. The epic 'Twilight of the Thunder God' will spur you on to achieve that massive viking body you've always dreamed of having.

Circling back to the industrial angle, Fear Factory are one of the finest bands to utilise the cold and steely soundscapes to really add weight (no pun intended) to their music.

It's a thick, heavy and oppressive brand of metal which ends up being great to blast during your weight sets. The entire Demanufacture album is actually worth putting on if the vibe strikes you right!

If the first section of the song isn't enough to get you really fucking pumped, then wait until Rob Flynn yells "Let freedom ring with a shotgun blast!".

There's no running, and no hiding from this tough-as-nails classic. Only getting things done.

There's so much great music to go with weightlifting out there - what do you like to listen to while you work out? We're always on the hunt for great new heavy tunes.

Here's also a playlist containing all of the above: 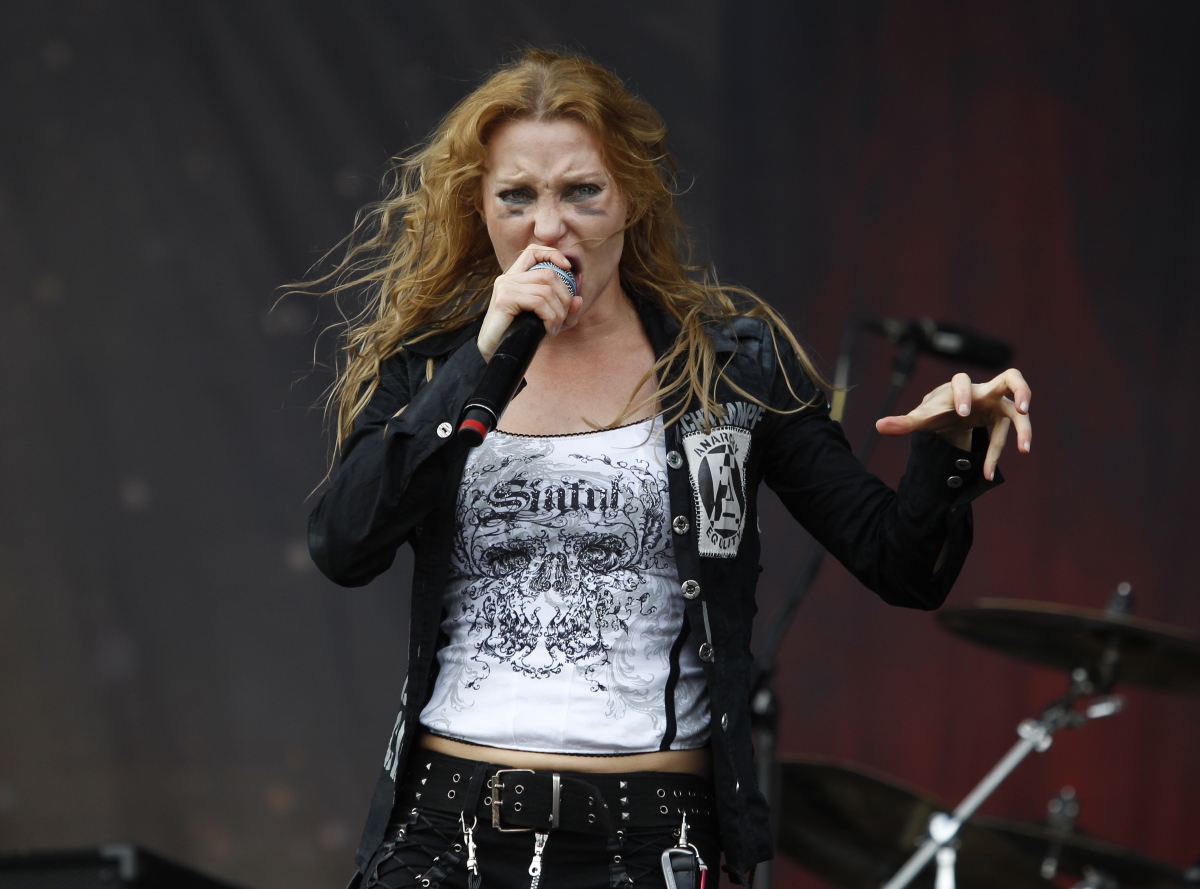