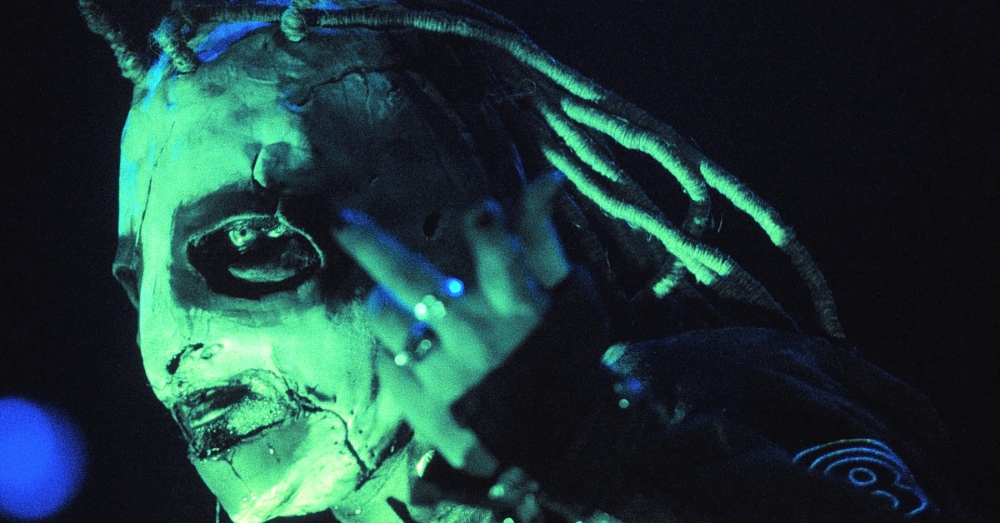 Heavy music has always been about pushing boundaries through confronting music, lyrics and imagery. Over the years, there have been some tracks that go beyond expectations with either visceral violence, psychological horror or disturbing musicalities that instill a sense of uneasiness.

Here are 13 tracks we've picked that send shivers down our spine!

Kicking off the list is Korn's 'Daddy' from their 1994 self-titled debut, and it's a really tough one to get through. It's not often that a vocalist will lay it all out there, but here Jonathan Davis sings about being molested as a child, and not being believed about it.

Davis' mental state can be heard deteriorating over the course of the track, until it becomes a full-blown mental breakdown from around the six-minute mark until the end of the song.

It's one of the most confronting pieces of any music out there, and what's more is that it's the album closer (aside from the hidden track afterwards), leaving a very uncomfortable aftertaste.

While there are heaps of Rammstein songs that could be considered disturbing, 'Spring' is a particularly harrowing listen, especially once you've translated the German lyrics.

As it turns out, the song is about a man who climbs on top of a bridge for the view, while a crowd gather under him thinking he's about to commit suicide, and urge him to jump.

It's an image which is made even more powerful and depressing by the heavy, angelic choruses throughout.

If you want more Rammstein, 'Mein Teil' and 'Weiner Blut' are also pretty messed up and worth looking into!

Death metal is no stranger to grotesque and violent imagery, and Bloodbath's 2004 album Nightmares Made Flesh contains one of the best displays of abhorrence with 'Eaten'.

We'll let the lyrics eloquently explain what the song is about:

"Carve me up, slice me apart / Suck my guts and lick my heart / Chop me up, I like to be hurt / Drink my marrow and blood for dessert"

The legendary Peter Tgtgren did vocals on this Bloodbath album, and his brutal and clear delivery makes the whole thing even better.

Portal are one of the most evil-sounding bands on the planet, and they come from right here in Brisbane, Australia.

An oppressive blend of black metal and death metal, 'Curtain' manages to sound both raw and overwhelmingly suffocating at the same time, with thundering blast beats, extremely low guitars and vocals that are from hell itself combining to swallow the listener whole.

The lyrics are all in Latin, but if anything that just makes it all the more mysterious and harrowing.

Truly a dark masterpiece. Make sure you watch the music video too - it's just as intense!

Slipknot also have their fair share of unsettling music, but the closing title track of their 2001 sophomore LP Iowa is the band at their most unstable.

The dark, fifteen-minute journey uses a ton of eerie soundscapes including distant screams, Corey Taylor laughing like a madman and tribal percussion to evoke imagery of walking through a post-apocalyptic wasteland at midnight.

To top it all off, apparently Corey recorded this track in the studio while being completely naked, vomiting all over himself, and cutting himself with broken glass. So, there's that.

Technically any Cannibal Corpse song could sit in this list, but 'Hammer Smashed Face' is probably the most classic death metal song since the dawn of time.

As if the title hadn't already given it away, this one is about a hammer smashing into a face. But the beauty is in the details, friends.

You'd be forgiven for thinking then vocalist Chris Barnes was a complete sadist after hearing the lines:

"Eyes bulging from their sockets / With every swing of my mallet / I smash your fucking head in, until brains seep in / through the cracks, blood does leak / distorted beauty, catastrophe / Steaming slop, splattered all over me"

"Draining the snot, I rip out the eyes / Squeezing them in my hands nerves are incised"

It's still mind-blowing that the band appeared on Ace Ventura playing this song in front of Jim Carrey back in the day!

A few years before Cannibal Corpse came around, Death released their debut record which features some pretty messed up lyrics of its own. Vocalist Chuck Schuldiner pushed some boundaries on what is now recognised as one of the first death metal songs ever, with grotesque lines such as:

"Revengeful corpse out to kill / Smell the stench, your guts will spill / Vomit for a mind, maggots for a cock / With his axe the corpse will chop"

As someone on YouTube points out, this was released three months before Rick Astley's 'Never Gonna Give You Up'. What a wonderful world.

It's one thing to hear violent lyrics in heavy music, but when those lyrics are based on real stories, it hits a whole new level of disturbing.

Slayer wrote 'Dead Skin Mask' about the notorious murderer and body snatcher Ed Gein, who killed two women and exhumed bodies from graveyards throughout the 1950's to create various trophies with their skin and bones.

The drawling spoken-word intro is particularly haunting with the words:

"How I've waited for you to come / I've been here all alone / Now that you've arrived /Please stay awhile /And I promise I won't keep you long /I'll keep you forever (forever, forever, forever)"

While it's safe to say that 'Down With The Sickness' has become a little bit of a meme over the past few years thanks to David Draiman's famous "OOH WAH AH AH AH!", the song is actually a really dark take on abuse.

In the album version, David Draiman can be heard taking on the character of a child being physically abused by his mother, crying:

"How would you like to see how it feels mommy / Here it comes, get ready to die"

Draiman has since stated that the song isn't specifically about child abuse but rather a metaphorical take on abuse in general, but it's insane to think that such an intense song would catapult the band into huge mainstream success (even if it was cut from the radio edit).

Don't let the piano, brass and strings fool you; it may sound like a rock opera, but 'A Little Piece of Heaven' is a seriously morbid song!

The song is about a couple who live together, until the man gets the feeling something will go wrong and she'll leave him. So, what does he do?

He stabs her 50 times, rips out her heart and then proceeds to have sex with the corpse multiple times, until she comes back from the dead to do the exact same thing to him in revenge.

The two end up feeling remorse and getting married in death, before they live out their undead lives killing other people. Yikes!

This is literally the first original song in Sabbath's catalogue, and is also regarded as the first heavy metal and doom metal track ever released. Could you imagine buying this 50 years ago and hearing the rain, distant bell chiming and thunder for the first time?

The song still sends chills down our spine in 2020, especially with lyrics about meeting and running from Satan himself.

Judas Priest's Rob Halford has even gone on the record to say that this is the most evil song ever written.

'Digital Bath' takes all the dark and sexual energy of White Pony, and combines it with a pretty disturbing concept from Chino Moreno about taking a bath with a woman, before unexpectedly throwing in an electrical appliance to electrocute her.

Chino stated in an interview about the song's meaning:

"It was probably 5 in the morning - we were still up partying - and I just pictured this whole scenario of having this girl, bringing her downstairs and taking a bath and like, out of nowhere, just reaching back and electrocuting -- basically throwing some kind of electrical device in the bathtub and then taking her out of the bath and drying her off and putting her clothes back on."

We're curious to see how the 'Digital Bath' remix will sound on their upcoming Black Stallion release!

For what is one of Metallica's most popular tracks, the subject matter is just downright grim.

James Hetfield's lyrics paint an extremely horrifying story about a solider who has had his face blown off by a mortar, losing all his limbs and the ability to see, hear or smell. Waking up from a coma in hospital, the man starts trying to spasm his body in Morse code to spell out 'KILL ME' to the doctors.

The music video also contains monologues and imagery from a 1971 movie adaption of the 1939 novel that originally inspired Hetfield, 'Johnny Got His Gun', which adds a whole new level of bleakness.

Not only is it a great song, but it's a great piece of storytelling too.

There you have it! While these are just 13 tracks we've handpicked, there are thousands more out there - tell us which songs that make you uncomfortable.

Also be sure to check out our three-part series on shocking and controversial album covers! 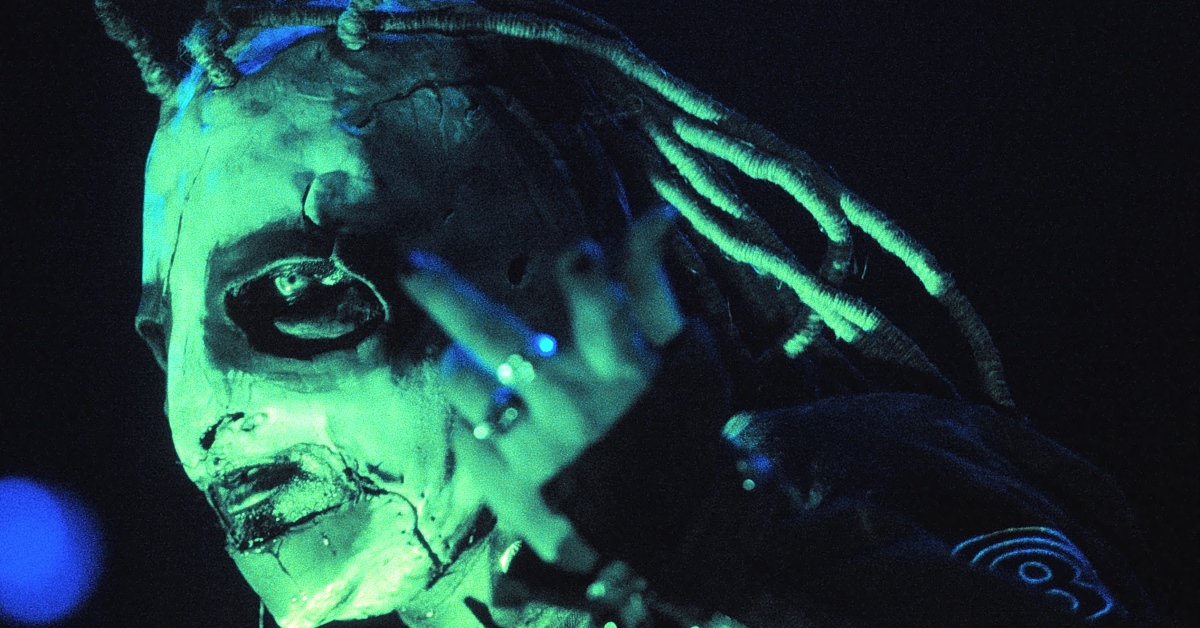